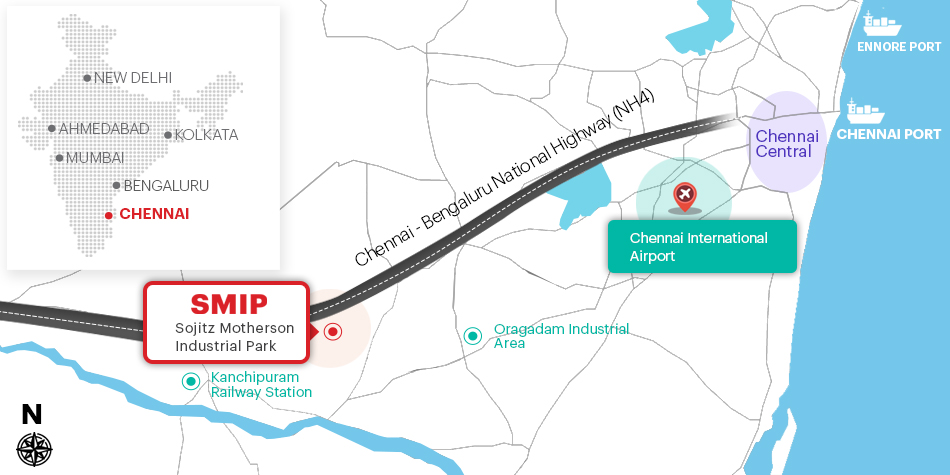 Tamil Nadu is one of the largest states of India, located in the southernmost part of the country. Tamil Nadu has a diversified manufacturing sector and features among the leaders in several industries. Tamil Nadu has a well-developed infrastructure with an excellent road and rail network, three major ports and 17 non-major ports, and seven airports across the state providing excellent connectivity.